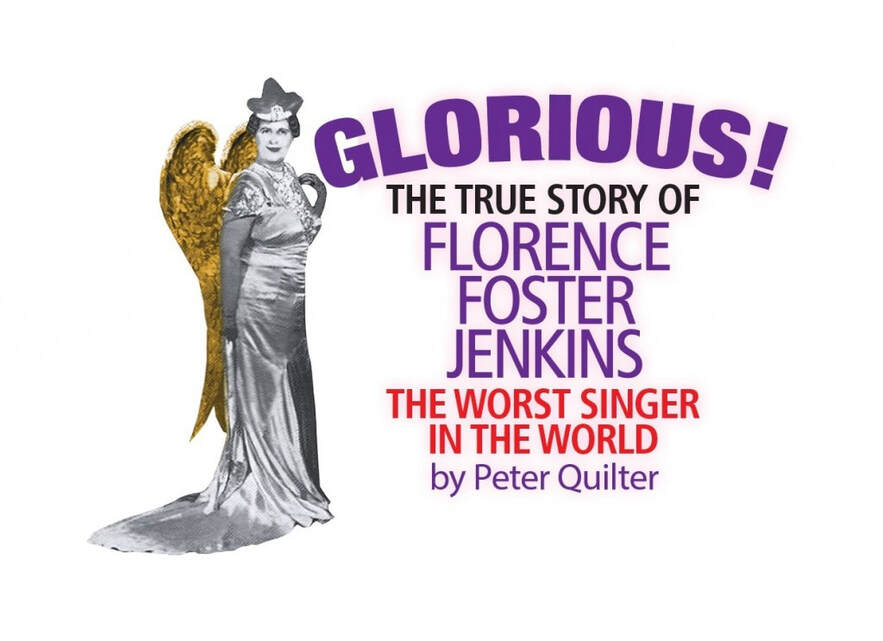 Sep 17th-Oct 9th
Glorious by Peter Quilter
Critics Review -
Florence is played by Pati Reynolds who did a fabulous job. Her acting was spot on, and her singing, well it’s not easy to sing that badly on purpose. Bravo. Robert Nickle, took on Cosme McMoon, second fiddle to Florence, he managed the role perfectly. Raymond Lynch, played,St. Clair, a flirtatious, out of work actor, with the elegance of a gentlemen. Dorothy, played by Bobbie Randall, displayed her own quirkiness, matching Reynolds acting as stand out performances. Gabriela Sosa, played Maria. She spoke in Spanish, and nobody knew what she was saying. But her actions spoke volumes, a great talent. Mrs. Verrider-Gedge, a villain of sorts, is played by Maxine Levaren. Her delivery is on point. - Kathy Carpenter/Splash Magazines
San Diego Premier of Glorious at Point Loma Playhouse
​
Glorious!  A sparkling comedy based on the true story of the astronomical success of the worst singer in the world opens the Point Loma Playhouses’ new season.   Based upon a true story, the play spins from Florence's charity recitals and extravagant balls, through to her bizarre recording sessions and ultimate triumph at Carnegie Hall in a hilarious and heart-warming comedy.
​
​In New York in the 1940s, the performer whom everyone wanted to see live was Florence Foster Jenkins, an enthusiastic soprano whose pitch was far from perfect. Known as ‘the first lady of the sliding scale’, she warbled and screeched her way through the evening to an audience who mostly fell about with laughter. But this delusional and joyously happy woman paid little attention to her critics, comfortably surrounded by devoted friends who were almost as eccentric as she was.
​
​More info...

Please be aware of the following Covid protocols to protect our audience, actors, and crew:
​FACE MASKS ARE REQUIRED on entrance and at all  times while indoors.  Display your proof of vaccination card or recent negative Covid test prior to entering.
Theater has open seating. Please practice social distancing.
Concession stand is closed at this time.
Video Music by Opera - Overtures & Instrumentals Arias
Cast & Crew 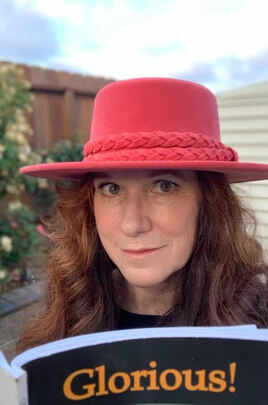 Pati Reynolds (Florence/Director) for 15+ years, while her son was growing, pati produced and directed small local shows through her church, CYT and private schools.  it was not until retiring from her full-time soccer mom duties, pati dove into making a larger commitment to one of her passions: performing arts.  First focusing on acting, pati sought opportunities to audition for as many productions as possible and committed to learn and grow with each venture.  Some of her favorite roles were at PowPac playing 10 multiple characters in Leaving Iowa, The Dixie Swim Club as Jeri Neal, Dearly Beloved at Coronado playhouse, The Cocktail Hour at The Broadway Vista, and her ultimate favorite playing Janet in- Wally’s Cafe, directed by Deanna Driscoll which pati co-produced with Dena Mattox and Point Loma Playhouse (PLP).  Her last two on stage projects she directed were the musical A Pirate’s Life with VCCT and Making God Laugh with PLP. “Each show and so many others were an amazing time to learn from peers and talented directors.”  The last five years have been filled with working on local film projects in San Diego and LA, in which she is so thankful to have had opportunities to juggle directing and acting in both mediums.  As for Glorious, casting this show was a reminder of how many talented people are in San Diego.  It’s a privilege and honor to work with:  PLP projects, a cast that was born to play these roles, and to Deanna Driscoll who brought her expertise, insight and artistic viewpoints throughout the show!!  “After a long year plus – I shall never take for granted the honor of playing any role in creating art, hearing an audience respond to the story we are telling, and embracing others. 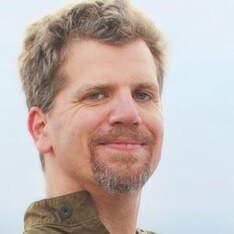 Robert Nickel (Cosme McMoon) is thrilled to be part Point Loma Playhouse's production of Glorious! His long and storied stage career launched in fifth grade as the doctor in Judy Blume's beloved classic, Tales of a Fourth Grade Nothing, where he sang "Hey, Fudge!" (to the tune of "Hey Jude"). His breakout performance as Sir Andrew Aguecheek in the tenth-grade production of Shakespeare's Twelfth Night is, to this day, considered the definitive performance of the role, and has been compared by some to Barrymore's Hamlet. En route to his BA in theatre at Stanford, his proudest achievement was his direction of a theater-in-the-round presentation of Little Shop of Horrors. Audiences, however, may better remember his stirring and tragic turn as Garbonzo, the hippie kitchen manager in West Campus Story, as well as his many appearances with the improv troupe Spontaneous Generation (now, alas, defunct). He went on to serve as creative director with faith-based theater companies at Palo Alto Congregational Church and Menlo Park Presbyterian. Locally he is best known for his role as "Mr. Robert", the CYT acting teacher, though his appearance in the Red Brick Players production of The Dining Room is a forgotten classic. He has previously appeared with Point Loma Playhouse as a member of the company for the 24 Experiment in 2019, and would have done it again in 2020 but, y'know, COVID. 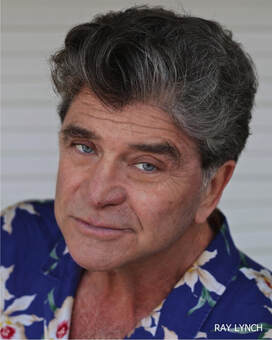 Raymond Lynch (St. Clair) is originally from New Jersey and earned his BFA from U.S. International University, now, Point Loma Nazarene University. While there, he starred in two productions at the Old Globe under the direction of the wonderful Craig Noel. Then, after a stop at Los Angeles’ Mark Taper Forum, it was on to New York where he appeared Off-Broadway at the Bleeker Street Playhouse, St. Clément’s Church, and played Sir Galahad in a special production of King Arthur and his Knights of the Round Table at New York’s Museum of Modern Art. He also guest-starred on all the New York soaps and worked in East Coast dinner theatres with Hollywood stars. Then it was back to California and guest-starring in television: Who’s the Boss, Judging Amy, Beyond Belief, multiple appearances on Murder, She Wrote, and Madame’s Place as well as all the West Coast soaps. But his favorite television job was in M*A*S*H : the award-winning episode “Dreams” as Hot-Lips’ fantasy bridegroom come to life. His film work includes Chaplin starring Robert Downy, Jr. as well as the cult favorites, Night of the Comet, and Project Shadowchaser 3000. He has also created – at last count – 54 Shakespearean roles in various theatre festivals around the country. Locally, he played Grandpa Vanderhof in You Can’t Take It With You just up the street at Vanguard Theatre; at Coronado Playhouse he acted in Hamlet, Romeo and Juliet, Tartuffe, A Winter’s Tale, and Follies, and was Ludwig von Beethoven with the San Diego Symphony. Currently, he serves on the Board of Lamplighters’ Theatre. Along the way, he found time to get his MA and MFA as well as train with Stephen Strimpell at HB Studios in NY, Charles Nelson Reilly, and Kate and Ellen Geer in Los Angeles. Raymond is a proud Army veteran.
​ 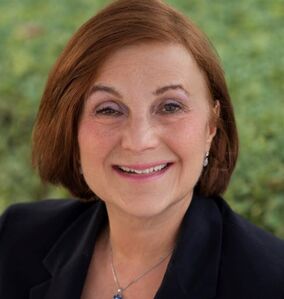 Bobbi Randall (Dorothy) earned her B.A. in Theatre from Smith College and her M.F.A. in Acting from the University of Connecticut. Favorite roles include Maria in Twelfth Night, Thea Elvsted in Hedda Gabler, Kate Hardcastle in She Stoops to Conquer, Queen Christina in The Abdication, Lyubov Ranyeskaya in The Cherry Orchard, Fastrada in Pippin, and Vincent in Edna St. Vincent Millay: A Celebration of the Artist, a 3 Woman Play that Bobbi developed, based on the poems and letters of Edna St. Vincent Millay. Glorious! marks Bobbi’s Southern California debut. 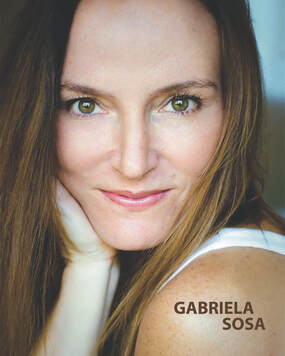 ​Gabriela Sosa (Maria) Gabriela hails from Panama where she began her acting and dancing career at a young age. She won a scholarship to attend the American Conservatory Theater in San Francisco and moved to LA to teach Acting at the Lee Strasberg Institute and go to film school. After 3 years as a morning news host on Univision’s KMEX, Channel 34, Gabriela went on to produce 3 seasons of BodogFIGHT in Vancouver, Canada and around the world. Upon her return to the US, Gabriela’s work in Field Production on the Oscar ™ nominated film, “Which Way Home” won her an Emmy ™. Lately Gabriela has been training with an Independent Shakespeare Company. Since moving to San Diego, she has enjoyed working with the talent in this gem of a city on films, plays and dance productions. 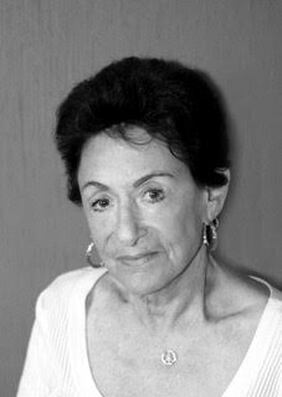 ​Maxine Levaren (Mrs. Verrinder-Gedge) is thrilled to be back on live stage, after performing over zoom for the past year. She has performed spicy monologues in The Reindeer Monologues with Different Stages and The Vagina Monologues with Inner Mission Productions. She has also played a wide variety of characters – Mother Teresa in The Last Days of Judas Iscariot with Trinity Theatre Company, Norleen in Mama Won’t Fly with North Park Vaudeville, and several turns as Emilia the Abbess in Comedy of Errors. Maxine also paints, writes, travels, volunteers and enjoys time with family, friends, and her dog Apple. 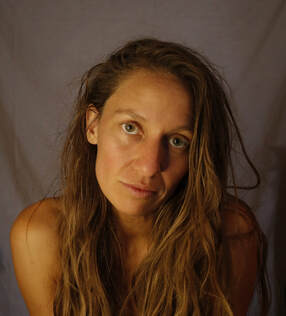 Kirra Adams (Stage Manager) is a born-and-raised San Diegan, with the sun-beaten sandals to prove it.  She performed as two different and powerful women in the original production of Sheldon Deckelbaum's UNSHELTERED.  A series of dramatized monologues extracted from interviews with residents of Father Joe's Villages, this play shone a confronting light on San Diego's many vulnerable citizens struggling with homelessness.  This project opened Kirra's eyes to the impact the arts can have on and for the diverse community it serves.  A proud Peruvian American, she and her sister perform traditional Peruvian dances locally.  Kirra is elated to be part of the Glorious! production, this being her first time working with PLP.  When free from her work as an editor, she can be found frolicking in the sunshine, crossword puzzling, watching too many YouTube videos, or spending time with her eclectic and wonderful family and friends. 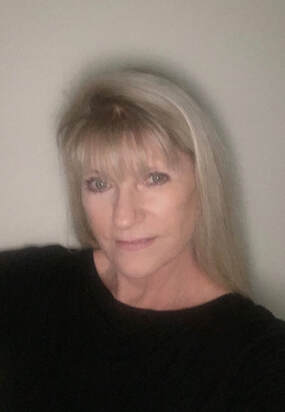 ​Dena Mattox (Associate Director) is thrilled to be part of another production at the Point Loma Playhouse! You may have seen her in other productions in Point Loma, most recently in Making God Laugh and Wally’s Café. She has enjoyed performing in different theaters throughout San Diego as well as Southern California. For two years she played to an audience of 7,000 as Margarita in the official play of California, The Ramona Pageant. She has also had lead roles in Love is a Cabernet, Elephant Man, The Dixie Swim Club, Dearly Beloved, Vanya and Sonia and Masha and Spike, Rented Christmas and The Hallelujah Girls. In addition to acting, she enjoys playing pickleball and is currently teaching “Dena’s Drum Fun” at Senior Assisted Living facilities. As associate director for “GLORIOUS” she is grateful to the talented cast and crew for their dedication and hard work in bringing this true story to life. As a producer, director and actor she is grateful to all who support the arts and acknowledges everyone’s patience on the return of live theater. 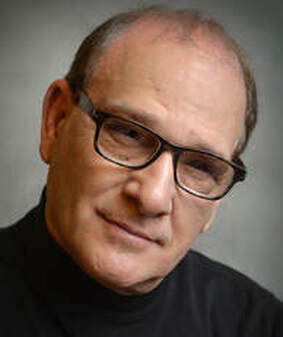 ​Jerry Pilato (Production Manager/Artistic Director PLP) is originally from Birmingham, Alabama but claims San Antonio, Texas his home.  He studied theatre at The University Of The Incarnate Word and San Antonio College. Over the years he has directed or produced over two-hundred and twenty productions with the Actors Theatre of San Antonio and Austin, Different Stages/San Diego, The Broadway Theatre/Vista, Lamplighters Theatre/La Mesa, the OB Playhouse/Ocean Beach and The Sunshine Brooks Theatre/Oceanside.   On stage he has been seen in P.S. Your Cat Is Dead, God’s Favorite, Amadeus and Everything In The Garden to name a few.  Favorite directing projects include: The Dixie Swim Club, Race, Bent, Speed The Plow, Vampire Lesbians Of Sodom, Clever Little Lies, The Fantasticks, Building The Wall and many more.