​Robert Nickel - Board Member. Secretary
Robert is an actor, director and stage technician with deep roots in the Point Loma Theater community. His lifelong passion began at Sunset View Elementary, Correia Jr. High, and Point Loma High School, participating in numerous shows and the PLHS Thespian Society. He earned his B.A. in Theater from Stanford University, where, among other accomplishments, he co-founded the improv troupe Spontaneous Generation, served on the Board of Directors of Ram's Head Theatrical Society, and chaired the on-campus Undergraduate Lighting Project. Following graduation, he was creative director for two Northern California faith-based theater companies, at First Congregational Church Palo Alto and Menlo Park Presbyterian. Since returning to Point Loma, he has performed with the Red Brick Players; served from 2016–2019 with Christian Youth Theater in the roles of acting teacher, sound designer, and production team member; and, most recently, appeared at Point Loma Playhouse in Glorious!, playing the role of Cosme McMoon.

​Coco Sein - Board Member, Treasurer
Coco has been working for the Point Loma Playhouse since 2008 on the technical crew and the hospitality committee.  Currently she is working as a Production Manager. She believes the most important responsibility of the Production Manager is the development of a highly motivated and collaborative team. Coco’s Production Manager experiences included; Tally’s Folly, Circle Mirror Transformation, A Coupla White Chicks Sitting Around Talking, Clever Little Lies, Building The Wall, Wally’s Cafe, and LOVE/SICK. Coco has been a Treasurer since 2017.

​Dori Salois - Board Member/Marketing Coordinator
​Dori has been the Artistic Director of Vantage Theatre since 1994 and is now the Executive Director. As a Director and Producer Ms. Salois has brought over 40 plays to fruition, 90% of them new works She created the first ever partnership between a small, midsize and large theatre  in order to bring Anna Deavere Smith to San Diego in Let Me Down Easy.  She most recently brought Jesse Kornbluth’s play The Color Of Light about Matisse to life as a world premiere in January 2018 which went on to receive a New York production in April of 2019 She was a founding member of  Provincetown Playhouse in New York. As an actress, she has performed in professional theatres as well as in film and television in New York, Los Angeles, Massachusetts, Washington D.C. and San Diego  She is also the author of the novel Mrs. Bennet’s Sentiments which received the People Magazine top new fiction pick in November 2016. She has enjoyed creating the new companion piece Mrs. Bennet’s Admonishments,  just released. Both books are available on Amazon.

​Dorothea Laub - Founder/Board Member/ Director Development
Dorothea, a founding member of Point Loma Playhouse, started out in Chicago, moved to Joplin, Missouri, captured a magnificent husband, moved to Texas, Birmingham, Memphis and finally settled in Orange County, California. Along the way she became a professional harpist making records, appearing on a weekly TV show with the Blackwood Brothers, and gave solo concerts throughout the South. She retired to San Diego 38 years ago and has loved every minute of it. Time has been spent serving the community with the Symphony, Point Loma Association, Point Loma Assembly, Friends of the Library, Friends of Balboa Park and the Zoo. She is a great supporter of the local performing arts groups and most of the museums in Balboa Park. She has managed to take at least one and most times two dancing lessons a week. Dorothea, has received the County of San Diego, The City of San Diego, and the PLA Lighthouse award for services to the community. 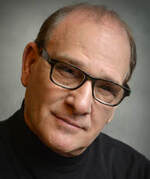 ​Jerry Pilato - Board Member/Artistic Director
Jerry comes from San Antonio, Texas where he was Artistic Director for The Actors Theatre of San Antonio from February 1982 to 2005.  He graduated from Toul American High School in France and  attended San Antonio College and the University Of The Incarnate Word in San Antonio.  Locally he has directed The Foreigner, Love Sex And The IRS and Biloxi Blues at The Sunshine Brooks Theatre in Oceanside; Four Dogs And A Bone, The Eight: Reindeer Monologues, Orange Flower Water and Glenn Garry Glen Ross at Compass Theatre (6th@ Penn)  in San Diego; Plaza Suite, Visiting Mr. Green, Weekend Comedy and The Cemetery Club at The Broadway Theatre in Vista, at Lamplighters Theater The Hallelujah Girls, Stage Fright , The Dixie Swim Club and Daddy’s Dyin’ Who’s Got The Will.  He has been awarded Best Director awards from the Alamo Theatre Arts Council,  in San Antonio for Chicago, and When Pigs Fly (Musical), I Hate Hamlet and First Night (comedy), American Buffalo, If We Are Women and Taking Sides (drama).  Artistic Director for Different Stages/San Diego he has directed : The Dixie Swim Club, The Psychic, Vampire Lesbians Of Sodom,  MOMologues, Race, Last Train To Nibroc, Lone Star Laundry and Bourbon and  Santaland Diaries/Season Greetings.  Also for Different Stages/San Diego he has produced Somewhere In Between, Burn This, The Sea Horse, Wrinkles, American Hero and The Brothers Lipschitz.

​Vanessa Lorraine - Advisory Board
​ Vanessa has worked as a professional actor and model in theatre, television, and film for over 30 years. She has an extensive commercial background including national campaigns for Shasta Beverages, Honda, Porsche, American Eagle OuGiHers, Tropicana Orange Juice and several others. She has current agent representation in both the Los Angeles and the Denver Metro area. Theatre credits include Helen Keller in “The Miracle Worker” (Gallery Theatre), and a six-year run as Maria Cavatelli in “Joey & Maria’s Italian Comedy Wedding” (Dillstar ProducAons).

​Aaron Hatch - Marketing/Web Master
​Born in the suburbs of Los Angeles Erin aspired to be an actor himself, modeling for Burkett-Kear Talent Agency in Costa Mesa in 1988 where it led him to attend a Commercial Acting Workshop with Sharon Bialy, CSA.  In 1989 he pursued Commercial Acting attaining representation with the Sarah Bennett Agency in Hollywood and appeared as an extra in NBC's re-creation of Sweet Bird of Youth, a 1989 drama TV film based on the play by Tennessee Williams, starring Elizabeth Taylor, Mark Harmon and Rip Torn.  In 1992 an opportunity to work in the health care industry was presented so he set aside his acting endeavors and focused on his career which brought him to San Diego.  In 2009 Aaron found a home at Point Loma Playhouse where he worked tech for several productions and performed on stage in The Forced Marriage by Molière directed by Hannah Ryan and A Tuna Christmas directed by David Sein.  Aaron also participated in the 48 Hour Film Project - San Diego, Ca. where he operated the lighting and did voice over for the Short Film submission of The Case of the Wild Hair by CineForm CTO.Aaron now volunteers his time with the box office, marketing and website for the small "Actors Theatre" Point Loma Playhouse.