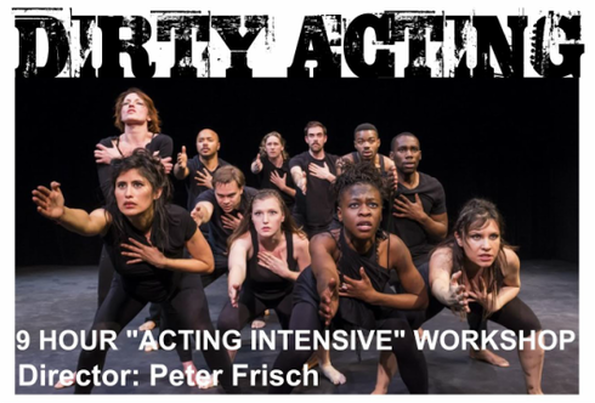 "Dirty Acting" Acting Intensive Workshop
Dirty Acting is acting on impulse in the now while being compelled to respond from pure awareness with intense looking and listening.  Acting comes from necessity in the moment where behavior happens that is not behavior that is planned.

Dirty Acting works on impulse, eliminating self-consciousness and destructive concerns about audience judgment, habit patterns, obligations to text, obligations to audience, lying and attempting to give artificial CPR for a dying scene. Eliminating these obligations actually means risking leaving frame or walking off stage before the written scene is over!  Only what is true in the moment has importance.
Each rehearsal, each performance becomes a true experiment, an improv. Intense looking and listening is also the secret to great acting for the camera, including and especially reaction shots.
"If we actors could only be like the creatures of the forest whose very lives depend upon fully looking and listening."  - Geraldine Page 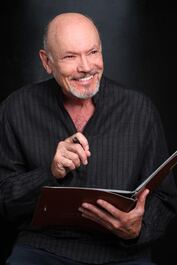 Peter Frisch - Director/Acting Workshop Teaching Artist. Peter has directed over 160 productions in New York and regional theatre and produce 160 hours of network television. He has been executive Director of The Granada Theatre in Santa Barbara, Producing Director of the Hyde Park Festival Theatre, NY., Resident Director with the Berkshire Theatre Festival and the Pittsburgh Symphony Orchestra and Artistic Director of American Playwrights Theatre in Washington D.C. In Los Angeles, Mr. Frisch served as Producer of The Young and the Restless for CBS and Fox Network's "Tribes." His macabre comedy, "Deadication," won the "Best of the Fest" award at the Seattle Film Festival. Peter's work has received the Joseph Jefferson, Outer Circle and Helen Hayes Awards. His Play "American Dreams," co-authored with Studs Terkel, has played in New York and all over the U.S. and Canada. As a nationally recognized teacher and coach, he served as Head of the prestigious Carnegie Mellon School of Drama and held faculty posts at The Juilliard School, Carnegie Mellon, Harvard University, Boston and Cal Arts. Currently, he runs The Frisch Approach hosting acting classes in Santa Monica, Sherman Oaks and Santa Barbara.