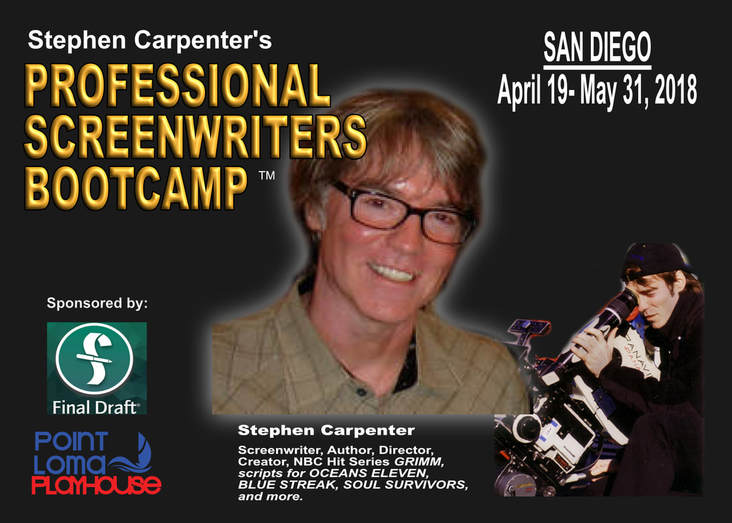 Award-winning screenwriter Stephen Carpenter is offering the first of his Three-Part
​Professional Screenwriting Master Class for those seriously interested in a writing career.

​The first class, PROFESSIONAL SCREENWRITERS BOOTCAMP,  is  an intensive 6-week crash course focused on developing, writing, and delivering a feature screenplay or TV pilot, the way it's actually done in Hollywood. Students will  deliver story ideas and develop them into industry-standard scripts or outlines by the end of six weeks.  Expect to be challenged by presenting your work every week for evaluation and revision.

STEP 1 -  HOW TO CHOOSE YOUR IDEA - How to decide if your idea has legs. Can your idea sustain 3 acts? Ideas will be heard and evaluated during the class.

STEP 2 -  HOW TO WRITE A FIRST ACT - Class members must create a first act, which will introduce protagonist and antagonist, and raise the central dramatic question.  Emphasis will be on arousal of audience curiosity  and the foreshadowing of events.  The first act will be read to the class at large, and evaluated.

STEP 3 - HOW TO WRITE A SECOND ACT - Class members will write and present to the class their second act, or outline, and be evaluated on how the complications of the story evolve, emphasizing the introduction of new characters and the rise and fall of the hero's fortunes.

STEP 4 -  HOW TO WRITE A THIRD ACT - Class will write and present to the class their third and final act, emphasizing the resolution of the conflicts,  and how to provide a satisfying resolution to the central dramatic question.

DIRECTOR'S NOTE - Speed and efficiency will be required in writing the first draft (or outline) of a feature-length screenplay or TV pilot.  The class members will receive input from Mr. Carpenter and members of the class.  Scenes from movies and TV will be used as examples, as time allows.
MASTER CLASS - PART TWO  (June 2018) (Prerequisite, Master Class Part 1)
THE ART OF REWRITING

STEP 1 - HOW TO APPROACH YOUR SECOND DRAFT - Writing is rewriting. This class will follow the 3 act structure the same way the first class did, with the emphasis on how to adjust and recreate your first draft. And how to turn it around FAST.

STEP 2 - HOW NOT TO FREAK OUT - How to let go of preconceptions, ideas and characters that are not working, and move forward with an open mind. How to make decisions without getting stuck.

STEP 3 - HOW TO POLISH - How to focus on the details: dialogue, character development, scene development, and being open to last minute inspirations that will elevate your project to its ultimate potential.
​MASTER CLASS - PART THREE (July 2018) (Prerequisite- Master Class Part 1 & 2)
HOW TO  PITCH AND WIN

STEP 1 - HOW TO GET THEIR ATTENTION - How to write an effective logline -- a one or two sentence description of your story.

STEP 2 - HOW TO KEEP THEIR ATTENTION - How to build your story quickly and clearly.  How to choose which details to present.

STEP 3 - HOW TO CLOSE THE DEAL - How to know when to end your pitch and leave them wanting more.

Stephen Carpenter - Teaching Artist, Professional Screenwriting Master Class
Stephen Carpenter was born in Weatherford, Texas, and raised in Kansas City, Missouri.  He graduated UCLA Film School, and has written screenplays for hit movies OCEAN’S ELEVEN, BLUE STREAK, and SOUL SURVIVORS, which he also directed.  Mr. Carpenter also created the hit Emmy-nominated series, GRIMM, for NBC.  He has lectured often at USC Film School on screenwriting and pitching for studios and networks. Carpenter has also published seven novels, including KILLER, the first of his Jack Rhodes Mystery series, which was Number One on Amazon’s bestselling Mystery lists for several weeks, and dubbed a “blockbuster debut” by Entertainment Weekly.  Carpenter is currently developing a one-hour TV series based on his Jack Rhodes Mysteries. 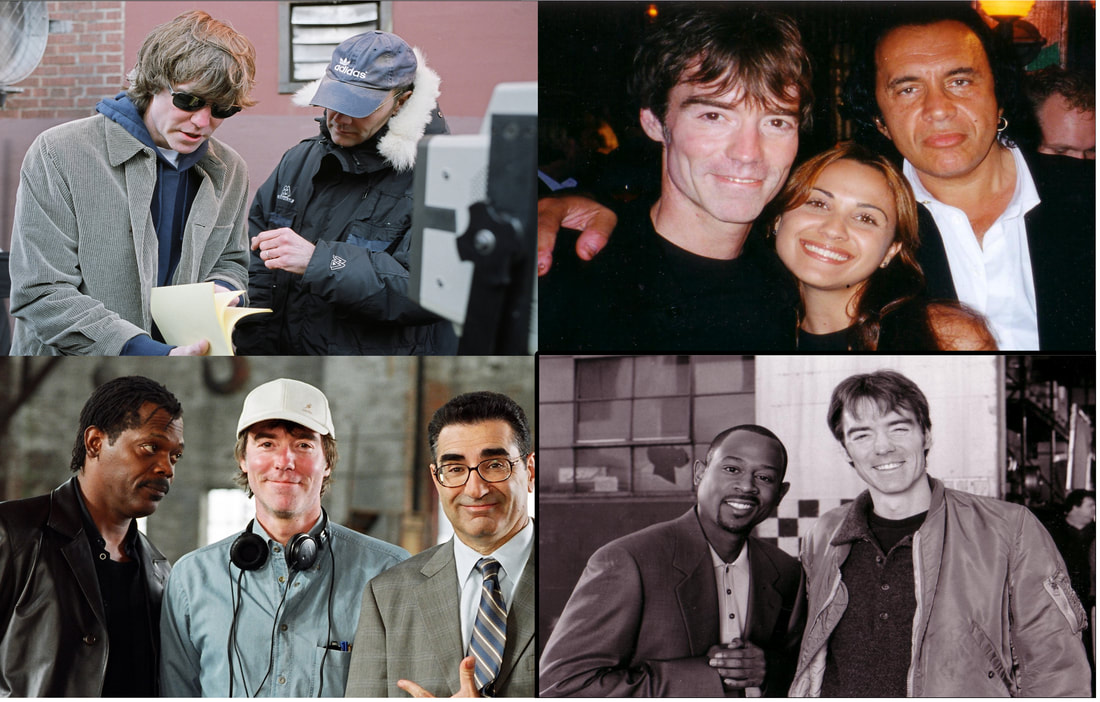