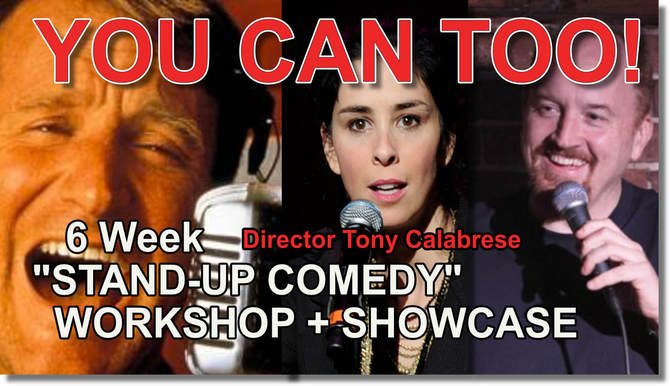 6 Week "Stand-Up Comedy" Workshop+Showcase
​directed by Tony Calabrese
This hilarious workshop gives you the tools you need to put together a bang-up comedy routine. Whether you are brand new to Stand-Up Comedy or you would like to improve your act, this is the class for you. Learn how to write funny stuff. Learn how to deliver in front of an audience. Learn how to be a great public speaker. 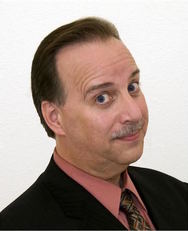 Tony Calabrese - Comedy Workshop Teaching Artist
A native San Diegan, Tony Calabrese performs locally at The Comedy Store in La Jolla, The Comedy Palace, The Brew Ha Ha, 4th and B, local casinos and for corporate and private events.  He has performed at a variety of comedy clubs nationwide over the last fifteen years and has worked with national headliners like  John Pinette, Mike Marino and  Paula Poundstone to name just a few. He recently performed at the V Theater in the Sin City Comedy Show in Las Vegas. Tony's comedy blog, www.fuggettaboutit.blogspot.com has over 180,000 readers.
REVIEW- Tony Calabrese teaches stand-up at Point Loma Playhouse and National Comedy Theater. I have taken classes from others at other places so I can sincerely say he is the best. Tony will teach you how to write and perform a comedy set in a professional way. He works hard to make you look good---even if you are not so good when you start. If you put in the effort, you will be the life of the party after taking his class. Everyone participates in a Showcase which is usually sold out because of his reputation of putting on a great show with great guest comedians. -STUDENT